After several months of development and with the feedback of our amazing beta users, we are officially releasing the production version of our Visual Apptimizer for Android! The latest stable version of the Apptimize SDK will enable you to create A/B tests without coding and without waiting for any app store’s or user’s update.

Here are some examples of the great things you can do with the Visual Apptimizer.

A/B testing the copy of menu items, headlines, descriptions, and any text in your app is incredibly easy. It took me 1 minute to change the text of the “Welcome!” button to “Find Your Style!” 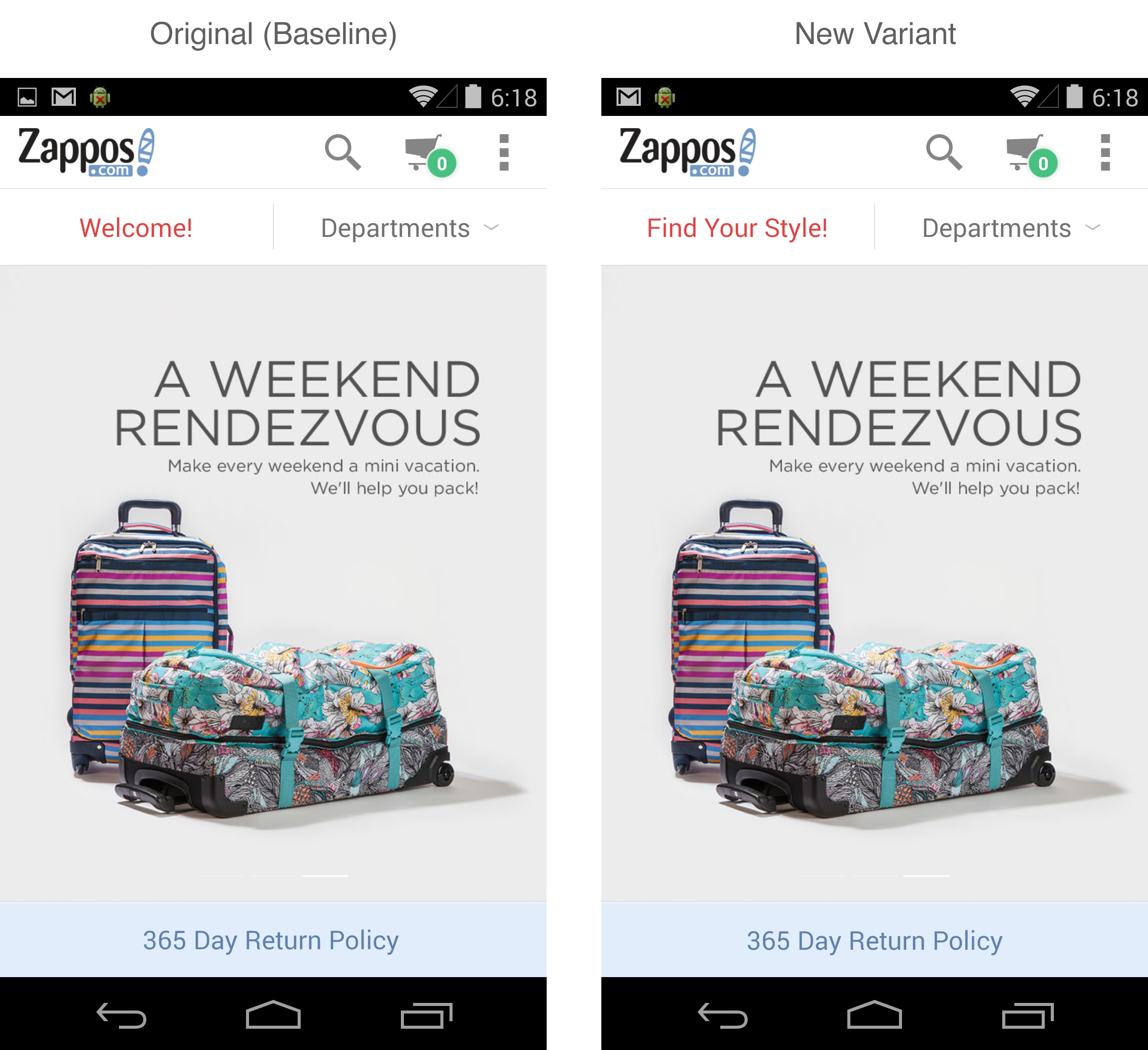 With a few more clicks, an A/B test could be deployed to some of Zappos’s users to test if more people would purchase an item if the button text were different.

Testing a Change Across All Elements 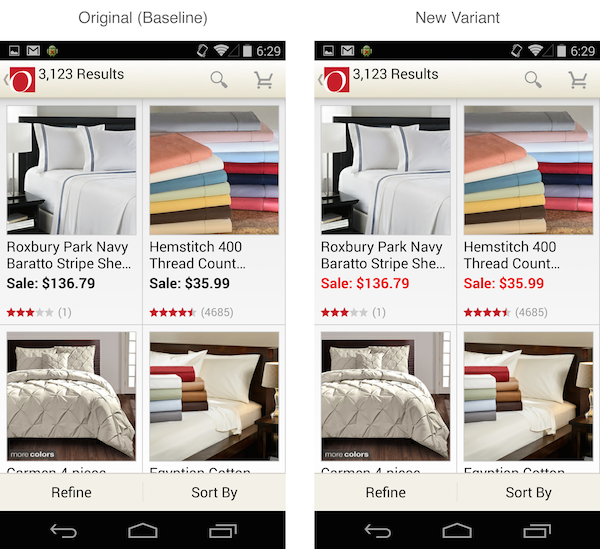 I created this new variant by toggling on “Select Similar Elements.” This enables me to select all the prices and change them to red.

I’ve created these A/B tests without having to code at all. And I can deploy them to users without waiting for any app store’s approval or waiting for users to update their app.

And of course, the original programmatic interface for creating more complex tests is still available. Try out the Android Visual Apptimizer for FREE by registering a new account or logging into an existing and downloading the new SDK.

Optimize Marketing Campaigns in Real-time for Native iOS and Android

A/B Testing Example – Retale, a location-based app that aggregates retail circulars, ran a Black Friday campaign in the weeks leading up to November 28, 2014 that increased their product click-through rates in the busiest shopping week of the year. While...