We recently got a chance to talk to Greg Kim, the GM of mobile at Slickdeals about his company’s transition into the mobile space. The company most famous for its incredible deals on the web has been transitioning into the mobile space with great results, where they’re capitalizing on the key differences between the two platforms.

If you haven’t heard of Slickdeals before, you might want to hop on over quickly to check it out. “People either love it or have never heard of it,” says Kim. With 600 million visits per year and a net promoter score of +75, I’m not too surprised. 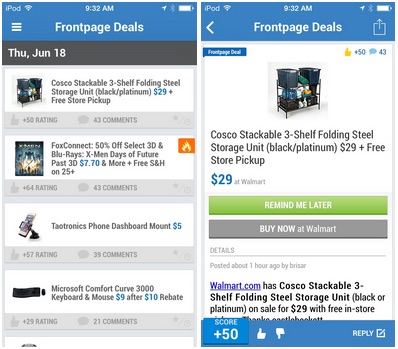 They’ve done very well for themselves on the web, and now they’re rapidly expanding on mobile, launching their app in early 2013. Even though they only have 2 years on native mobile under their belt, Kim says that over half of their visits come from mobile streams now. It just goes to show how much the landscape of tech is changing. Unlike before, companies can now reach users at any time during the day. The key however, is getting them to re-engage and interacting with the app, without being intrusive and obnoxious.

So far, the team has done well in this aspect. They’ve been able to achieve high engagement rates, with each unique mobile user logging in an average of 50-60 sessions per month. Greg shared some insights about how they were able to do so.

According to Forrester Research, US and UK smartphone users “spend more than 80% of their time on just five apps.” To even capture a slice of that is a magnificent feat. Slickdeals takes a clever approach to get their piece of the pie. With deals on the site typically 20-40% better than the next best price, users already have a strong incentive to check in regularly. The app leverages that urgency for time-sensitive deals, utilizing mobile notifications and specific customizable alerts to capitalize on a fear of missing out. 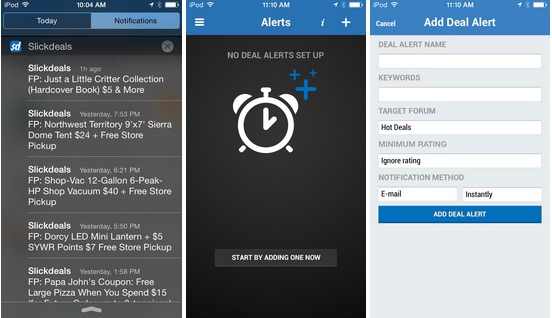 Utilizing notifications on mobile allows users to check in as soon as a hot deal is posted, giving them peace of mind that they’ll never miss a great bargain. Additionally, Slickdeals is able to nudge many users into re-engaging through multiple streams including emails, notifications, or customizable alerts.

While Slickdeals seems to be doing well on mobile, the team plans to create and release a brand new app this summer. The obvious question is, “Why?”

Why Build A New App?

Kim explained that while the current app is performing well, the team felt that it wasn’t designed in a way to encourage users to take full advantage of all the features and benefits of mobile. The original focus of the app was to give users the same features and functionality of the web platform. However, they know that there’s so much more that can be done on mobile, and many optimization changes that need to be done for the different format.

One of the biggest challenges for them is funneling users to features other than the home screen’s frontpage deals. Other useful streams such as popular deals, local deals, and coupons have all underperformed on mobile as compared to web. A notable contributor to this is likely the classic hamburger menu, which companies such as Vevo, have discovered is a sub-par option.

With these features tucked out of sight, users are far less likely to use them, or even be aware that they exist. In the new app, the team will be changing up the UI to focus more on browsing and discovery, as well as creating a more modern look that appeals to a broader audience. 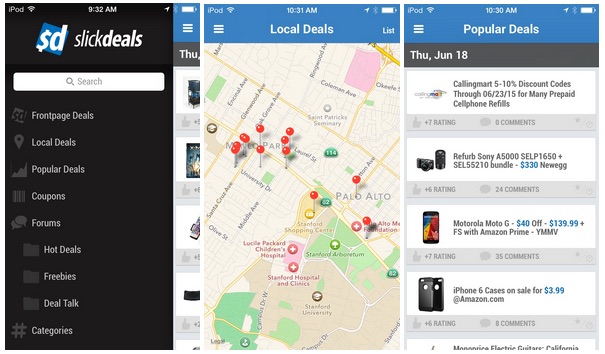 Further down the product roadmap, Slickdeals is bent on providing more value through utilizing contextual and locational data that can be gleaned from the phone, providing a seamless buying experience for their community, and building out all the features that their community already loves. As smartphones are more personal and a key tool in users’ lives, the team wants to provide better value and deals by utilizing it.

For example, using locational data would allow SD to inform its users about local deals, or highlight certain deals that users should take note of when they walk into a department store. Using this data will allow the company to better serve their user base and ensure they’re providing the best deals at the right time.

On mobile Slickdeals is quickly making its presence known. Even now, the huge amounts of traffic coming from mobile streams are a huge indication of the future to come, and the need to devote more resources and attention to the mobile space. The future seems bright for Slickdeals, and we’re excited to see what the team will roll out this summer. Kim is optimistic that users will love the new app, and further Slickdeals’ goal of becoming an authoritative resource and community for shopping.

A simple mobile-app-only sales campaign can easily boost app downloads for a retailer. The challenge for retailers, however, comes in convincing users to keep using their mobile apps after that initial sale has been claimed. Mobile retail apps need to...

The success and failure of an A/B test doesn’t just rest on whether or not variant A caused more customers to click on a button. That’s only the simplest case. Sometimes you want to see if customers spent more time...

When talking about app optimization, we often hear mobile experts talk about “engagement.” But what exactly is engagement? How do most app managers define engagement and what are some ways to improve engagement? In this post, I’ll go through some...