WeChat’s Former Growth Lead On The Future of Messaging & Bots 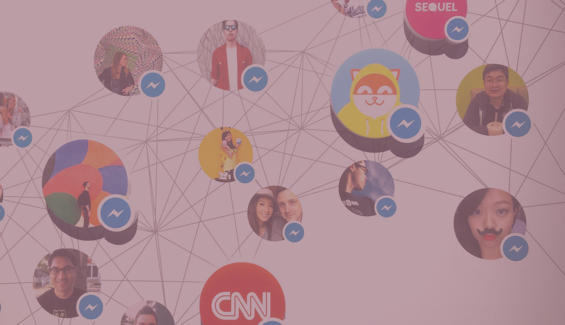 Bots have been a popular topic in Silicon Valley as people look for the next new thing. They’ve attracted attention because of Facebook’s push for Messenger as a platform, and proponents often point to the success of WeChat, which Facebook aspires to emulate.

That’s why we decided to sit down with Lukens Orthwein, the CEO of messaging app Sochat and former product manager and growth team lead at WeChat, to get his unique insights as a messaging expert.

NH: Why are bots getting attention right now?

LO: People are into bots right now for three main reasons. The first one is that the app ecosystem is getting a lot tougher. Users apparently download an average of 0 apps per month and it’s harder and harder to get someone to care about your new service. Bots offer the promise of being a new wild west, so that attracts people. Even though there’s not much new about the idea of bots, they feel new because nobody here uses them much.

NH: What made bots successful on WeChat?

LO: America is missing all the key components to make bots work today. Most notably, there’s no pervasive messaging platform here. Facebook can say what it will about how many users Messenger has, but for the most part it’s an occasional tool for those users–not their main form of communication.

This will make distribution and engagement really tough to build up. I think people also really overestimate the power of smart bots and conversational interfaces today, even with recent NLP advances. For the average user, technology is still really far away from where it needs to be to make them work.

There’s also a lot of wishful thinking fueled by misleading metrics. Bots can drive strong engagement early on because they’re fun and novel, but they really do much worse over the long run unless you’re engaging users on a daily basis with content.

NH: What are the advantages of bots on WeChat?

LO: WeChat probably has the best example of a bot platform on a messaging app. We launched bots and Official Accounts very early on, more than 3 years ago.

I’d say WeChat for a long time has been in the best possible position to make bots work. Virtually every mobile user in China is on WeChat constantly for both messaging and content consumption, and Chinese users have serious constraints around mobile data usage and phone hard drive usage which keep them from installing apps. Not long ago most WeChat users had something like 30mb/month of 2g mobile data.

Official accounts have indeed been a big success at WeChat, but they’re almost all content-focused (think something like http://www.theskimm.com/). It’s much more like a Twitter feed of your favorite content interspersed into your chat list, with light interaction and sharing functions built on top of it. People like it because it’s a more curated set of content and it’s more private and personal than Weibo (China’s closest equivalent to Twitter). Things like news aggregator apps are also huge category in China in a way they’ve never been in the states, I suspect in part because the Chinese have been starved for authentic news reporting or even search results by government censorship and manipulation for so long.

Bots offer a lot of advantages over apps for content plays because they’re lighter weight and perfect for discovery via sharing. To make the content angle work, though, someone really needs to already be using your messaging app daily I think.

NH: How does your WeChat experience inform your approach with Sochat?

LO: At Sochat, we’re always focused on engagement and building an app that people want to use for every conversation they have. We also think a lot about how users interact with the real world around them, and how we can uniquely connect them to not just people they meet, but eventually services in the places they go to as well. I may not want to download a McDonald’s app, I probably don’t even want to add a McDonald’s bot to my messenger contacts, but if I can walk into McDonald’s, open Sochat, and order from my table with no strings attached, that’s pretty cool. The same way Sochat makes it effortless to get in touch with anyone you meet in person, we also want to make it effortless to interact with any place you go to with your phone. What’s even cooler is that this works even without Internet. Imagine pulling out your phone on a flight and just texting the flight attendants for a glass of water. These sort of interactions are where apps and the web really fail us right now, and messaging bots can uniquely offer a completely new experience.

NH: What works well as a bot?

LO: I think content that users can consume and share will be useful. I also think that quick interfaces to services you want to use once can be great and much more lightweight in chat. The tricky thing for both is how you make discovery and re-engagement work. Content has good solutions for this already w/ sharing and pushing new content regularly to the user being what they’re all about. Any other services need to find their own way to get discovered and to get users to find them again. I do think there’s plenty of opportunity and plenty of very interesting new categories that could emerge in the future, but I think the US needs to settle on a dominant messaging platform first.

NH: What will remain an app?

LO: I think Uber is a good example here. Uber’s app offers a really information-rich, simple, intuitive interface to hail a car, track its progress, connect with your driver, etc etc. They’ve spent a ton of time working to make the best interface they can to do this from your phone. Now compare that to speaking with a taxi service operator on the phone to book a cab. Things like Uber will remain apps. In particular, anything that users want to use regularly, where quality and performance matter a lot, apps excel at. Also obviously anything you want to be able to use offline.

Luke’s company Sochat is the messaging app that knows who you’re with, and was recently featured by Apple at the top of the App store. Using a special kind of Bluetooth, Sochat can see people in the same room as you, allowing you to message them right away or reach out at any point in the future. Prior to Sochat, Luke was a product manager and Growth Team Lead at WeChat, one of the world’s dominant messaging platforms.

Mobile product management is taking the PM world by storm. As more companies make the transition to mobile, PMs everywhere are expanding their knowledge to encompass a new set of tools that can be applied directly to mobile products. Although...

Last week, Apptimize held its first event Fast Data Driven Growth on Native Mobile, at Airware’s offices in SOMA. Product managers from Lyft, Dropbox and Yahoo! Growth all shared how their teams have been dealing with the constraints of the...

WeChat's Former Growth Lead On The Future of Messaging & Bots