3 Key Principles for Building Your App Like An Addictive Game 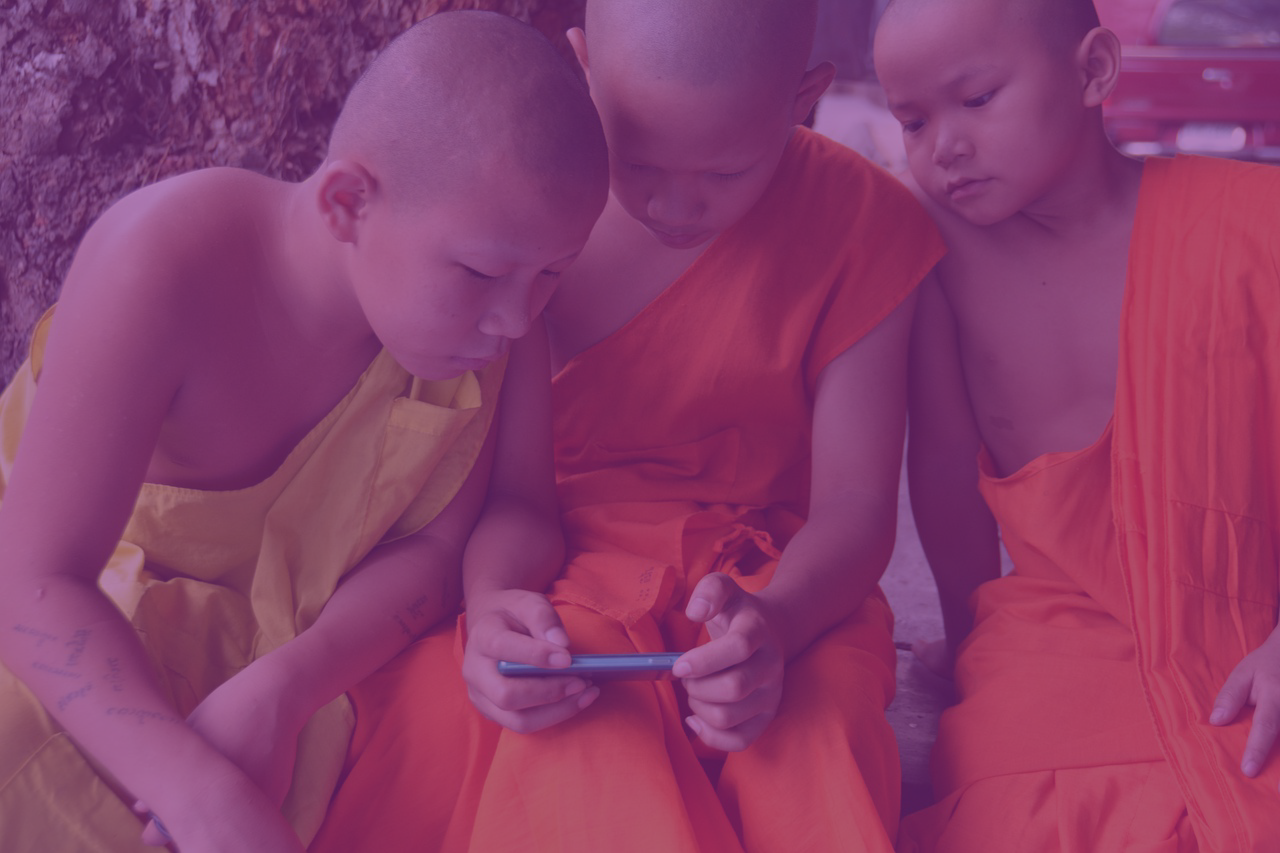 The creators of mobile games have a secret weapon: employing psychological triggers that keep users glued to their game and boost in-apps profits.

And the numbers of their success prove that they’re doing something right. Out of the gaming industry’s total revenue of $91 billion for 2016, about $41 billion came from mobile games, with “free to play” titles such as “Clash of Clans” and “Pokémon GO” leading the way.

So what are these psychological triggers that mobile games use? And more importantly, how can you apply the same principles to your app to boost your revenue through in-app purchases? That’s what we’re discussing in today’s blog post, so keep reading to find out.

Personalize the Experience Through User Behavior

Personalization is nothing new in the online world. When you ask people to give you their personal info when they sign up for your product or service, the least you can do is use that info to address users by name. But that’s just basic-level personalization.

Mobile games take personalization much further by tailoring the game according to each user’s behavior and ability.

You may have noticed that when starting to play a new game, you can easily move through new levels within minutes. That’s no accident: the completion of those initial stages gives the game developers a chance to collect data on your in-app behavior that they can use to personalize the difficulty of the game based on your skill.

For each user, they make the game difficult enough so that it feels challenging but not so difficult that it becomes frustrating. This tactic keeps players interested in the game and motivates them to complete in-app purchases so they can move on to new levels and accomplish new goals. 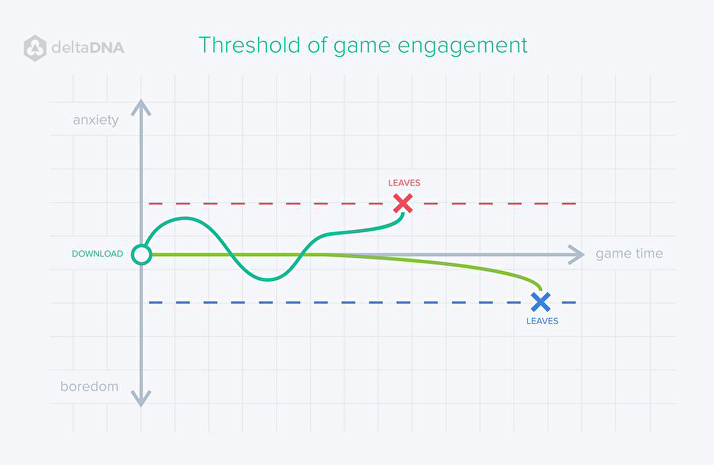 Finding the sweet spot between anxiety and boredom in mobile games. Source.

You don’t have to build a mobile app that auto-adjusts to user behavior by the second. But there’s a lot of data you can use to gain a massive edge in UX personalization over the competition.

Understanding the Behaviors That Lead to Retention

Building app retention doesn’t mean that you just keep track of your weekly, monthly, and yearly active users. It means finding the actions that keep most long-term users interested in your app, as well as understanding the behaviors that lead short-term users to abandon your app.

The best way to measure and identify these key retention actions is to use an analytics platform, like Amplitude, to segment users into cohorts defined by their behavior. You can create categories of users based on the specific actions they complete in your app. For each cohort, analyze how engagement and retention relate to one another and how the results compare to the average user of your app.

Finding a way to hook and retain users is a top priority for any mobile game that wants to have even a slight chance at success. When over 20% of all apps in the Apple app store fall under the gaming category, you understand that the competition for attention is fierce.

Retaining users brings two important benefits. First, it creates an emotional “switching cost” because users don’t want to abandon their progress to become newbies in another game. Second, the longer a user plays a game the more likely that user is to spend money in the app on things like power ups, extra lives, or other ability-boosting mechanisms.

Mobile games have come up with various clever ways to keep users from switching to a different game based on the principle of loss aversion.

Take “Clash of Clans” as an example. When players don’t log into the game to collect their “earnings” and “move” them to a central storage (by simply tapping on the screen), they stand a higher risk of getting raided by others.

So they keep logging in, which creates a positive behavioral pattern that gives the app more opportunities to convert players into paying customers. 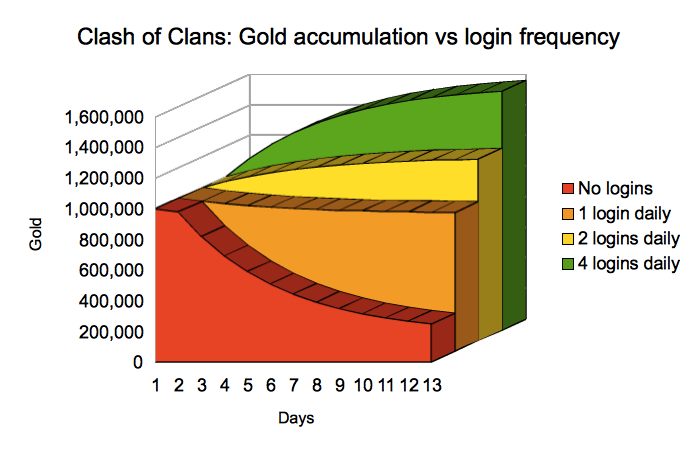 Clash of Clans rewards players who log in multiple times per day with disproportionate payback. Source.

Loss-aversion is a powerful motivator and you can use it in your app also to keep users engaged for longer.

Use Your Data to Send Push Notifications in Context

In mobile games, push notifications remind users that their weapon upgrades or earnings or buildings are ready and waiting for them. Time to log in and take action!

Using what you already know about your users, you can apply the same principle in your app to notify users about something that really interests them. Used in this way (rather than to promote general discounts and generic messages) notifications can go from pesky distractions to welcome value-adders.

Mobile games are notorious for using in-app currencies that make it hard to calculate how much purchases cost in real money. 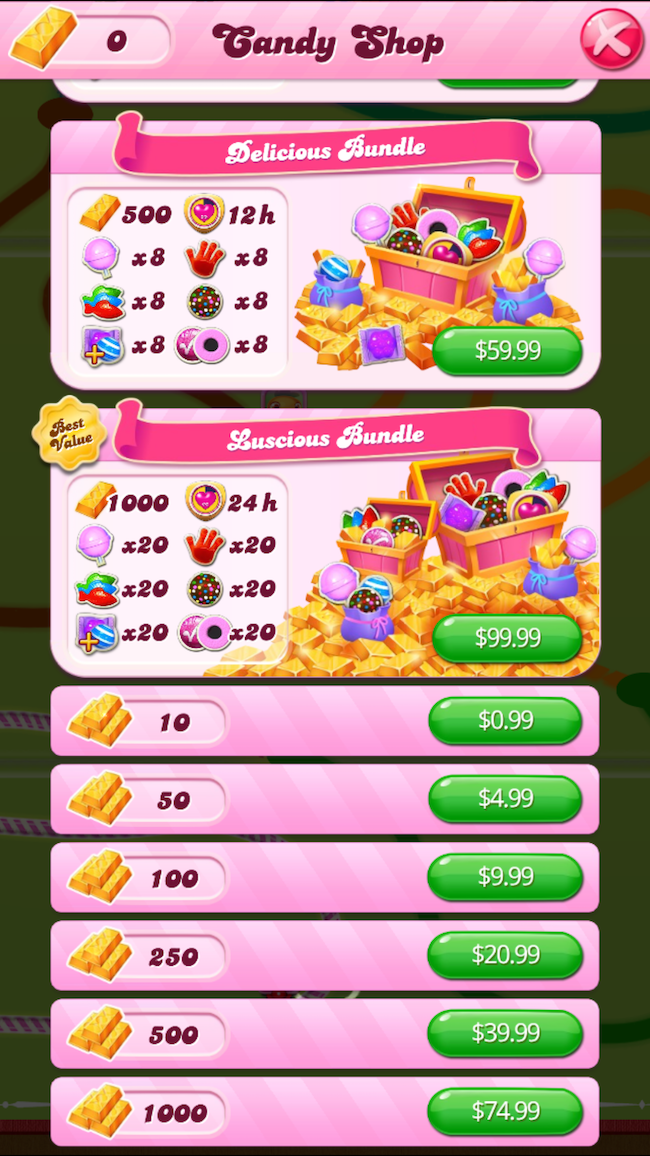 Consumer spending data already tells us people tend to spend more when they use a credit card instead of cash. Game currencies add another degree of separation between goods purchased and (real-world) money spent.

How many people, for example, would make the connection that the 834 gems it takes to upgrade a Wizard Tower on “Clash of Clans” adds up to $6.98, or just below the minimum hourly wage in the U.S.? Not many. Spending that amount of a fictional currency is easy when you have a whole heap laying in your stash.

You, too, can use gamification in your app, for example by creating an in-app currency for your bonuses and rewards.

Gamify Your In-App Bonuses and Rewards

Gamified reward systems have been used by brick-and-morart retailers to attract repeat customers long before mobile games came on the scene. The trick, however, is knowing what behavior to reward.

Let’s take Starbucks Rewards as a recent example of drilling down to the right behavior to reward. After using a rewards system that offered customers a 1 star per visit, the company switched gears and began rewarding customers with 2 stars for every dollar spent at a Starbucks location. Instead of encouraging repeat visits—many of which were low-value—the company began rewarding the behavior that most profited their brand through a spend-more-get-more incentive.

Gamifying your rewards program is a great way to incentivize users to interact with your brand more often and to complete more purchases.

Make Your App as Sticky as a Game

The three most common features for app stickiness that we discussed are:

Mobile games have been able to find great success by nurturing a deep understanding of human behavior and psychology that’s constantly informed by massive user data. It’s time for apps in fields beyond gaming to begin applying these same principles to boost both user engagement and in-app purchases.

App UX Analytics: The Key to Understanding your Users’ Behavior

This is a guest post written by Alon Even of Appsee. In the highly competitive world of apps, you need to fully understand the user experience. You need to know how users are using your app. You need to know...

You might have thought that real-time changes to flow and features were not possible. After all, code changes are almost always required to make substantial changes to your onboarding tutorial or turning different features on/off. You can actually continuously optimize...

In our inaugural webinar, AbdulAziz and I walk through the ABC’s of A/B testing: A is for Arrangement B is for Buttons C is for Copy Check out the webinar to see how to leverage these ABC’s in your app....

3 Key Principles for Building Your App Like An Addictive Game